Meeting with Triumph and Disaster

The old joke about having taught the world how to win at football  England is showing everyone how to be good losers is wearing a bit thin. It would have been great to have seen a two- all draw last night.

Some years ago after  the summer Olympic games in Greece , Britain had performed so poorly that a government inquiry had been launched to see what could be done to improve sports facilities and opportunities. That summer we made friends with a Russian family and one day we were talkong about this. I said the usual British response about being good losers . 'Ah ! ' they said '. You have taught the world to play all those sports , and that is much more important'. Well it was a very kind  thing to say.
This morning I received a lovely text from my English nephew telling me he was gutted of course but would now be cheering for Italy. I know what that cost him. One of my sons was particularly football mad from a very young age. At six years old he was in a football team with the delightful name of pulcini , the baby chicks. He was blessed with a wonderful personality that made him see the bright side of everything right from
Birth. He smiled and gurgled his way through his childhood , laughing when his ballon burst, when his chair collapsed, whenever. The football coaches were enthusiastic ablut his character , he naturally took winning and losing in his stride. One of his team mates struggled more. At first he would howl in desperation if the team lost. It wasn't long though before all the team spirit and comradie in the changing room had helped him become a good loser too. A team game is a great way to learn this valuable lesson.
The poem'If' by Rudyard Kipling (1865-1936) was written as advice from a father to his son. It is from the children's book Rewards and Fairies. The second verse contains  the lines which are engraved above Wimbledon where the famous Tennis tournament is helld,

If you can dream - and not make dreams your master
If you can think and not make thoughts your aim
If you can meet with Triumph and Disaster
And treat those two impostors just the same
If you can bear to hear the truth you've spoken
Twisted by knaves to make a trap for fools
Or watch the things you gave your life to, broken
And stoop and build them up with worn out tools, 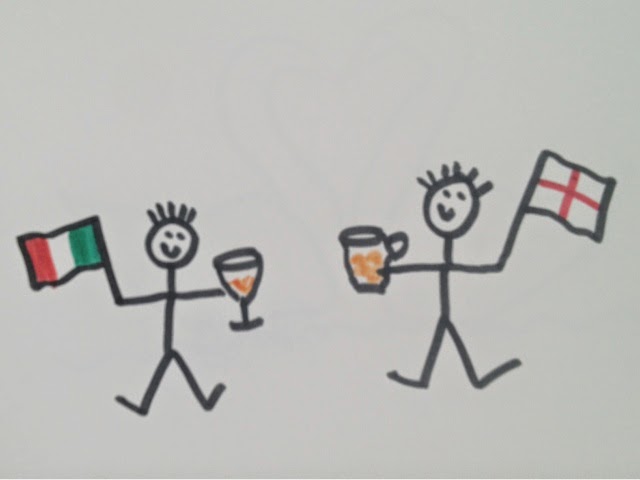