The handsome Frenchman raised his glass ' an aperitif is our way of loosening tongues, of preparing the palate , so during our meal we are sure to enjoy stimulating conversation and appreciate our food'.  Karen picked up her tumbler of Gin Fizz and  called out a cheerful 'Santé' to the assembled group. She didn't need her tongue loosened any more, the gin fizz had gone to her head. She'd made a blunder already. She had understood that her host had fallen off the ladder because he had drunk too much wine. When she burst into giggles Joe, her husband had kicked her under the table . The cause of the fall had been the mistral wind and he had hurt himself quite badly . Trop de vin, trop de vent,  sounded similar to her. The aperitif was quite amazing. It was like a meal in itself .  . Small slices of toasted baquette topped with salmon, anchovies,cheese and chorizo, kept being passed round. Olives stuffed with pimento, almonds and anchovies. Karen leaned back in her chair and let the conversation flow around her. She couldn't remember the last time she 'd felt so relaxed.

They had met the French couple and their friends last night watching the Brazil- Germany match at the campsite bar. Maybe because the World cup was coming from Brazil there was a carnival air at the bar. Everyone was squashed together along the tables drinking sangria and eating paella. The match was so lively and enthralling and they were soon exchanging excited glances and shrugging their shoulders in a Gaelic way commiserating with the Brazilians at their humiliating defeat . 7-1 - on home soil . Nobody had guessed the score so the prize draw was put on hold. At the end of the match they had all introduced themselves and their new French friends had invited them to their caravan for an aperitif.Karen loved their French names, rolling them round her tongue and repeating them to herself. Corinne, Delphine, Patrice and Jean-Luc. She really loved everything about France and could understand why so many Brits had made it their home.
When her mother- in - law Barbara had offered to come and stay and look after the children while she and Joe had a holiday on their own in her caravan in France Joe had sounded so eager she had agreed straight away. They hadn't had a proper holiday since their honeymoon nine years ago.Their three children had arrived in quick succession and Joe found it hard to make ends meet with his career as an Art teacher. Karen planned on going back to nursing when the children were older but in the meantime there was no money for holidays and treats. Barbara had moved to live in the caravan when Joe 's dad had left her when Joe started college but now the grandchildren had arrived she was missing them all.
Seven year old Daisy was as good as gold but the five year old George and three year old Ben could be a bit of a handful. Karen had brought a small paddling pool for the garden and some games to keep them all busy.
It seemed strange and exciting just being on their own driving along the French rioads listening to Adele and Coldplay instead of nursery rhymes and not turning round every five minutes to offer drinks and wipe noses. Karen  looked at her husband engrossed in conversation with Corinne. It sounded like they were talking about fish, poisson, but maybe that meant poison. Both she and Joe had turned an alarming shade of red in spite of the Factor fifty . They looked like two lobsters next to the sleek golden tans of the French. She realised that Delphine was handing her a piece of paper. 'Here is the recipe for the Gin Fizz', she said. 'When you get back home you can make it and think of us.' Karen thought that would be a great way to thank her mother- in-law, she would invite her with all her friends for an aperitif.
Corinne's hand was resting on Joe 's arm. Karen jumped up.' It 's been lovely, thank you very much for the aperitif, maybe you could all come to us another evening?' This aperitif seemed to be whetting their appetites in more ways than one. She linked her husband's arm as they walked back to their
caravan. 'Come on cheri, let me show you my white bits' she said teasingly. 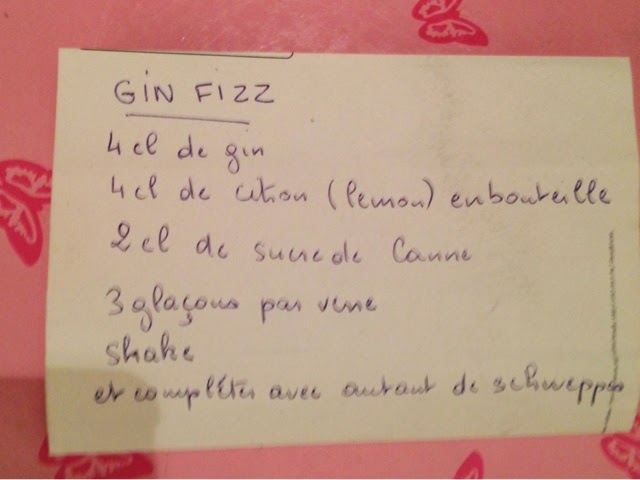 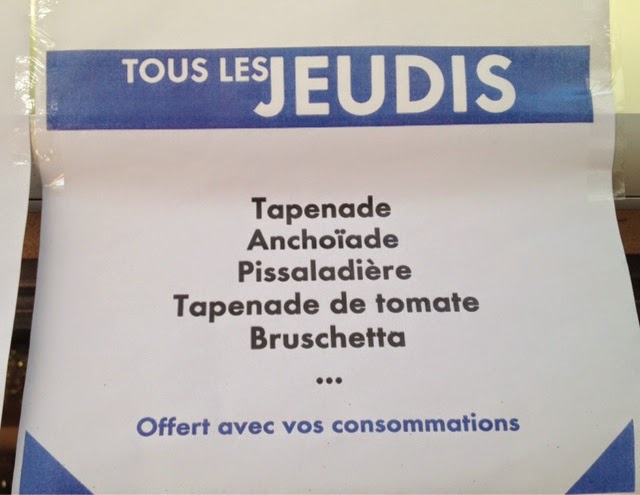 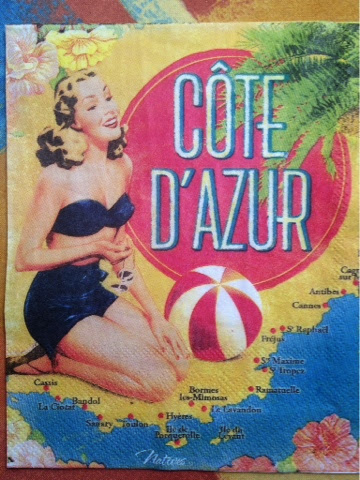