On the Fourth of July, celebrating Liberty, brotherhood, equality

In 1976  the longest, hottest British Summer ever signposts were put up all over the place to celebrate two hundred years of American Independence. It was called 'The American Heritage Trail'. It made us all realise how important Independence day is to Americans. It is an occasion to feel patriotic and celebrate all that is good about their country. the same thing happens in France on Bastille Day in July. they celebrate their motto Libertè, Fraternitè e Egualitè. They are the same values that the Americans are celebrating. The Statue of Liberty was a gift from the French. One of the most endearing things about America is to see surnames from all over the world, stitched on uniforms, in lists or phone books and know that they all feel American When we went to see the American war cemetery in Normandy we were greatly moved by all the names from all nationalities on the memorial stones. It is a very  sobering and upsetting sight. So I think today that Americans are celebrating not merely their independence from Britain, I'm sure that would have happened anyway, but their communal values and the fact that their country is a refuge for all nationalities in a unique way. To celebrate I am going to give you a link to a song by Chicago from the seventies, just to show my age and wish all the Americans a very happy celebration.

Saturday in the Park, Chicago

Saturday in the park
You'd think it was the Fourth of July
People talking, really smiling
A man playing guitar
Singing for us all
Will you help him change the world...... 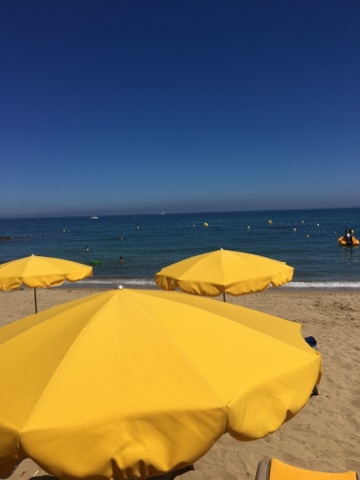