After the second drink Fergus felt himself relax. He was thirsty all the time in this heat. He had managed to park the car and was waiting for his wife Jenny to walk through the market and join him. He had bought an English language paper because the headlines were all about the Commonwealth games in Glasgow. It looked a grand occasion and he thought he'd ask his daughter to record the opening ceremony for him. Then he put it down and watched the people walking by and listened to the accordion player. His fair Scottish skin was dangerously red and he was glad to be sitting in the shade of the leafy plane trees. This was thei first holiday that he and Jenny had spent in hotels,just the two of them. He had always taken the family camping or trekking, always an outdoor adventure style holiday.Jenny had suggested that  now there was just the two of them maybe they could afford to stay in hotels and go on a touring holiday round France and Italy. He must admit that he was having a wonderful time just the two of them, making impromptu decisions to take this route or that, no planning or schedule was making them feel like they were on a second honeymoon. . 'If only we were' ,he thought.He loved his wife, his daughters and grandsons , he  would do it all over again..They had slept in the car twice, in a car park next to a camper, reclining the seats and then  going to a patisserie for breakfast, holding hands and breathing in the wonderful early morning smell of coffee and fresh ly baked croissants. Now they were in the South of France on their way to Italy.Last night they had shared a drink with a French couple staying in the same hotel.  The French couple were younger than him and Jenny and spoke very good English. They started talking about politics. He found it interesting to hear their opinions on healthcare and education. They were matters that affect us all. Then they  had pointed to the sticker on the car Ecosse  and had asked what he was going to vote in the Referendum in September. Jenny had giggled as he explained. 'I can't vote,' he said ' I live in England'. He didn't think it was funny really. It was ridiculous. A Scotsman with one hundred per cent Scottish blood running through his veins and he couldn't vote, but his nephew's wife from  England, could. He said that he didn't like referendums. The politicians should never have let it get this far, they should have found out what was needed to keep everybody happy. Fergus was an engineer. He had a natural gift for organizing people and bringing out the best in them. His company had sent him down to their headquartes in England over thirty years ago. They said Scotland wasn't big enough for him . He had so much to offer and they wanted him on their top projects. He had always been proud to be a Scottish engineer , following in the steps of Stephenson and the like. The very first weekend a colleague had introduced him to Jenny at a dance. She overheard him calling her a Sassanach. She had laughed so much at the word, he was quite taken aback. No-one laughed at the things he said. He didn't do funny , as his daughters would say.Most people were a bit in awe of him. He had a reputation for being tough, he squared up at the mere brush of a table leg. Jenny  looked at him with her clear blue eyes,she touched his arm gently and asked him if he would like to join her. All evening she listened to him attentively., hanging on his every word and  always, there was the joyous sound of her laughter. He discovered that he liked entertaining her with all his stories about growing up in the Highlands, walking across the heather, hunting for deer. He told her that fishing for salmon in the clear, sparkling streams and rivers of the Cairngorms was like fishing in Champagne. She had stopped laughing then, cupped his face in her hands and kissed him. All sorts of soppy thoughts went through his head, he couldn't believe this was happening to him. His rugged handsome face and strong body had always brought him lots of female attention but he had never felt anything like this. It frightened him a bit. He, who was never scared of anything, was now scared of losing this slim, lovely young woman. They were married within a year. His relatives all came  to the wedding in their kilts and  Jenny's family welcomed them all so warmly they had been like one big family ever since. They now had three daughters with blue eyes just like her and two grandsons with red hair just like him. They lived in England but they all loved Scotland and regularly went there for holidays.While his parents were alive they had spent their Summers there and never missed Hogmanay. His brothers and nephews came down every Christmas and won all the drinking contests with his son-in-laws. Jenny would throw big parties for all their friends and the Scottish contingent would teach them all the Scottish dances wearing their kilts. They always went to Burns night at the local Rowing club in January. Everyone loved his rendering of ' 'To a Haggis.'

He missed his homeland and  a part of him still yearned to feel the wind blowing over the rough heather and go fishing in the lochs and he thought of the beauty of the moors and the mountains  every day. He could never really support England in the football. He had had to go out of the room when they lost against Costa Rica, in case his son-iin-law saw his mischievous grin. His father had always told him that you have to look at the big  picture in life. You have to look for the good in everyone and be thankful. His work and his family had kept him in England and he knew in his heart that he could never live away from Jenny. As he got to know the English he could see that what had seemed like arrogance was more like being reserved . They liked to keep a distance until they got to know you . Now he saw it was meant as a sign of respect and really just a deep routed conviction that freedom was what mattered and Freedom of speech, freedom of rights. It was a tricky question, one that has been bothering philosophers for centuries..Where one man's freedom ends another's begins, or something like that. The British had  marched round the world as though they owned it, turning most of the map pink, and doing no small amount of harm, but those days were over Fergus thought all this  and watched the accordion player stroll past reaching out to give him some coins. Fergus had grown up in a time of relative peace. He thought that a country should aim for peace. That was what he believed in. His daughters were all against military action. They thought the army should only be there to rescue people from floods and natural disasters. They were all for saving the planet , making sure their way of life wouldn't harm the environment.He had grown up  with his father so anti war, all for being united and bringing peace to the world . ' United we stand ' he would say. The only trouble was he knew just what a hot-headed lot his fellow countrymen could be. They'll be showing Braveheart every night and whipping themselves up into a frenzy. It was difficult. Yes or no , it seemed like a mess.Talking to the French couple last night they thought maybe the solution could come from Brussels. They spoke freely and passionately about the European union. He wasn't used to all these outspoken opinions.
He would ask Jenny what she thought. He saw her, then, coming towards him with her face lit up at the sight of him. His heart beat faster as it always did when she came close to him. She showed him her purchases of soap, herbs and garlic. 'I bet that lot all comes from China' he said. Her deep unfathomable love for him was in the joyful sound of her laughter. 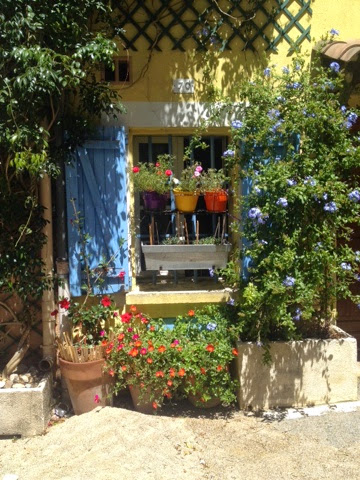 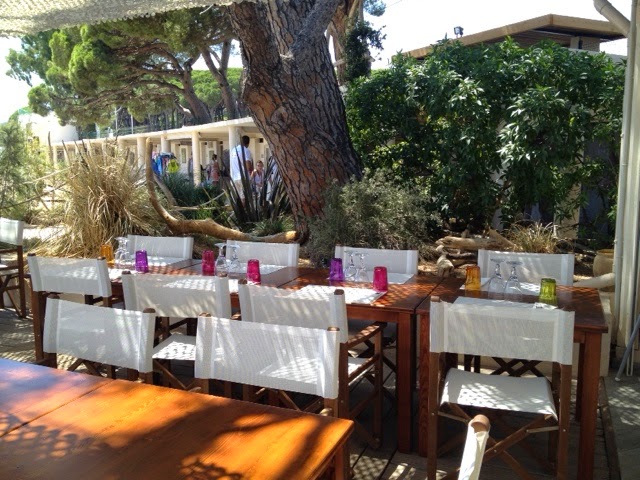