'They say you should never go back to a place where you have been very happy or very sad.'


Sal bit into her cream doughnut and licked the sugar from the tip of her finger.'
Oh they say a lot of things', Jan shook her head and drew a pattern in the froth of her cappuccino.'Most of it is rubbish.'

Sal smiled at her friend, she could always be relied upon to cheer her up and put things in perspective. They had just come out of the local theatre where the Amateur dramatics society had performed a complicated play about a husband and wife both plotting to kill each other off .
' No wonder he wanted to bump her off. She was awful, the way she nagged all the time.' They both giggled.
Sal didn't know what she would have done without Jan this last year.
They had been friends ever since they'd met at the ante- natal clinic when Sal was expecting Matt. Jan had been her midwife and they had hit it off immediately.
When Paul had lost his job last Christmas his world had fallen apart.
It wasn't so much the money. He  had been given a generous compensation. It was the humiliation he had suffered.
Coming back from a business trip to Japan he had gone back to work and found someone else's name on his office door.
He had tried to find another job and work as a consultant but it was no good. He seemed to have given up.
Paul's great skill had always been managing and organizing a team but now firms were cutting back on people like him.
Sal had worked at the local charity shop since their son Matt had been at school but now he was grown up and had gone to Australia to work as an Architect in Sydney for a two year internship.
Sal hated going out in the morning and leaving Paul at home all day and had decided to try her hand at an on- line interior design course. She felt sure that Paul would be happier with her at home.
Sal had come to a decision while watching the play. She was going to book a holiday for the two of them at the Roseland peninsula in Cornwall. They went there for their honeymoon and they had both loved it. They had never been back and Sal thought it would do them both good to relive those wonderful memories.
'Well I think it's a great idea', Jan broke into her thoughts 'Go for it Sal. A little B & B  or a cottage? Which do you prefer?'.

Sal brightened up at her friend's enthusiasm.
'I thought we could dig out our old tent and camp on a farm. We've got all the gear packed away in the loft.'

Sal sounded so excited  that Jan gave her a quick hug.

'Let me know how it goes,' she said' Paul is lucky to have you.'
Sal hugged her back.
'Oh no Jan, it's me that's lucky to have him.'
On the drive home Sal thought about her friend. She had had three husbands and was now on her own again. All the divorce settlements had left her very well off but she'd never had children and Sal often felt sorry for her.
Sal sighed as she turned into the drive.   She was longing to tell Paul her plan.

Sal watched her husband dancing in the firelight on the beach and felt she had never been so happy.
She kept on secretly congratulating herself on her great idea .
Paul had loved putting up the tent and chatting to all their fellow campers.
They were mainly teenagers who had just finished their  A levels . There wasn't much chance for intimacy with the all night parties going on around them. She had been hoping that being squashed together in their sleeping bags would have made them remember how thrilling it was to have been alone at last on their honeymoon.
The young people had invited them along to their parties on the beach but they went on till dawn and now she was exhausted. It was worth it though, to see Paul so animated. He could show the youngsters a thing or two with his limbo dancing. They had all loved that.

Paul turned the cd up, drowning out the sound of his wife's chatter. He couldn't wait to get home.
He had dug out all the camping equipment and cleaned it all up and tried to hide his irritation at her smug expression. She really thought she was doing him a favour.
The Roseland peninsular was just as dull as he remembered it ,but he had enjoyed the beach parties with all the girls in their tiny skirts.He was careful to take note of the luxury hotels for future reference.
While Sal looked at him with such soppy expressions of devotion it just reminded him of how disappointing he had found her. She totally lacked ambition and was quite content to look after Matt and give up her dreams of being a designer. She seemed to think it was so important to have been at home waiting for him with a hot meal.
He had to admit that Matt had turned out to be a great lad and he couldn't wait for him to come home.
At last he turned the car into the drive and had to stop himself breathing a sigh of relief. Tomorrow morning he would go for a massage at the Cute Kitten. His back was playing him up affer all that limbo dancing. In the afternoon he'd go and see Jan, he couldn't wait to tell her about the 5 star hotels. 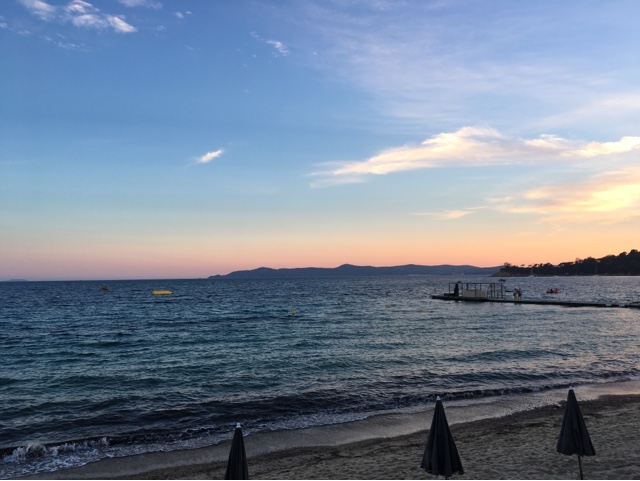