In the last few days two things have made me think a lot , well more than usual, about love and marriage.
The Italian journalist that writes the blog I like reading wrote a comment expressing his perplexity on seeing groups of  British stags and hens in  fancy dress and a bit merry at Gatwick airport. Then I found a worn out  cutting from an edition of the Daily Express dated 7th April 1944, with a letter from a reader.

The stag night and hen nights seem just like harmless fun to me. True, they may seem to have got out of hand in recent years. Once it was just the lads that had the Stag Nights and only in recent years have Hen nights become popular. In Italy it is  usually just a night out with close friends playing a few pranks and wishing the future bride or groom well. In Britain it is popular to go away for the weekend. The stags seem to favour Eastern European capitals and the Hens either spa weekends or Spain depending on their budget. I can remember going to a wedding  about forty years ago when the bridegroom hobbled down the aisle with his leg in a plaster cast. On the Stag night which was held the night before the wedding there had been so many high jinx that he had ended up falling off a wall and broke his leg. It didn' t dampen his enthusiasm and his bride just thought it was funny. The marriage should be when the real fun begins however. There you are with your chosen companion who makes your pulse run faster and  you have so much to look forward to. Just like playing in the Wendy House at Primary school only much, much better and more exciting.
However the letter from the worn out newspaper from seventy years ago makes us aware that that is not always the case. Once a lot of people got married without having really got to know each other first. Now many couples will have lived together already , but even so being married can adjusting to. This letter written seventy years ago contains sound advice that is still relevant today .The letter starts of with the new husband saying that after only a few weeks of married life he has come to the conclusion that he dors not understand women and he is baffled by his wife's behaviour. The answer given by the newspaper is that to have happiness in married life adjustment on three different planes is necessary, the intellectual,the emotional and physical. It concludes by saying that for both sexes, sympathetic consideration is the guide-post to harmony. 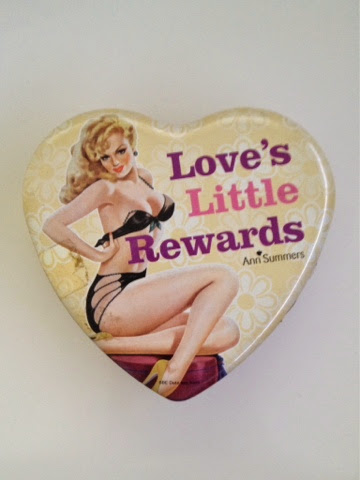 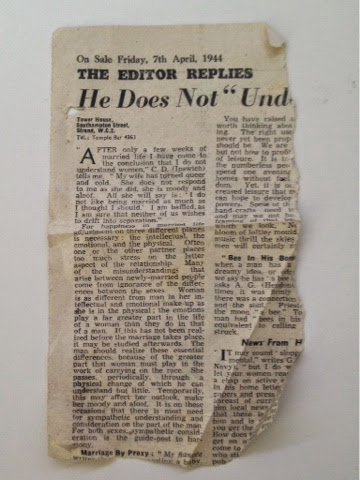 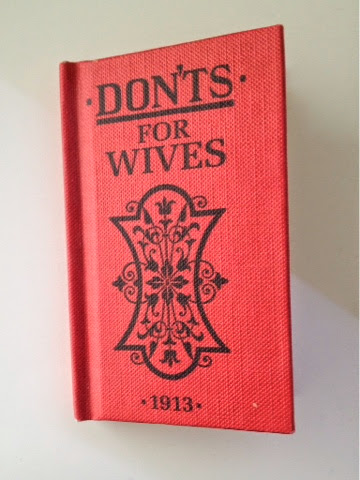 It does seem amazing that both the letter in the newspaper and the book of Don'ts for wives were written while a war was going on. Maybe it proves just how important it is to find harmony in a couple.
Posted by Angela at 15:24

Email ThisBlogThis!Share to TwitterShare to FacebookShare to Pinterest
Labels: love