Last month I had the good fortune to meet the ninety year old brother of a dear friend of mine. I had heard a lot about him over the years and it was like meeting an old friend. He was a male nurse during the second world war where he met his wife, a fellow nurse. They went to live in New Zealand when their children were very small . He worked for a big pharmaceutical company that at the time made only powdered milk. It seems that there was so much milk from cows in New Zealand  they didn't know what to do with it so it seemed a good idea to use it as powdered milk for babies. Now my friend's brother has grown-up grandchildren and the whole family live in New Zealand. He had come back on a rare visit to Europe. His eyes were bright as he told us how had been dancing on Blackpool pier and revisiting his childhood haunts. True, Stansted airport has been built over Blackberry Lane but looking hard enough he found all he needed to relive happy memories. I asked him what he had missed about Britain over the years. He said mainly the people, NZ was a lot like England in lots of ways so he never felt that far from home. Then he asked me. Well apart from family and friends I used to miss a lot of things like marmite and Lemon meringue pie filling. I'd bring it all back with me only to forget it at the bottom of a draw where it ended up looking sad and forlorn. My new friend and I swapped e-mails and he told me he would send me his wife's favourite recipe for Lemon meringue pie . It arrived today, so, as I had all the ingredients at home, I have made it for a special three year old. It comes with a special wish that he will have as long and as happy a life as the ninety old friend of mine.

1  Preheat oven to 180
2  Whisk the egg whites until stiff, in a large clean dry bowl ,making sure no yolk gets in. Add the sugar, whisk again and set aside.
3  Combine the melted butter and crushed biscuits and press well into a loose bottomed baking tin.
4  Beat together the condensed milk and egg yolks, lemon juice and grated rind .Pour over the biscuit base.
5  Spoon over the meringue mixture and bake for 15-20 minutes. 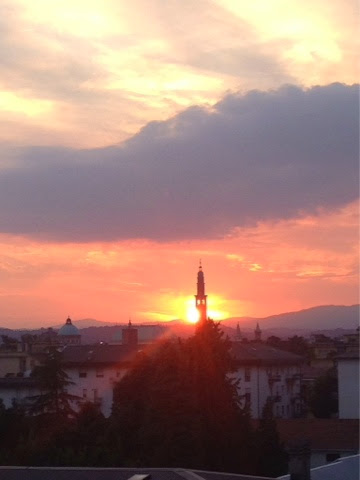