A Change of Heart

The Perfume counter was right in front of the revolving doors. Customers, on entering the store, were hit by a tantalizing mix of exotic spices and floral aromas to lure them towards the counter. Once there,  they were surrounded by  a dazzling array of posters showing beautiful women on the arms of handsome elegant men. The perfumes were displayed like potions with the  promise that whoever wore this or that perfume  would be transported to a magical kingdom of seduction and elegance. Gemma raised her wrist to her nose and breathed in the heady mix of vanilla and patchouli that Max had chosen for her.  It was an early Christmas present. She thought back to the conversation she'd had with her friend Marsha at lunch time. They were sharing a mince pie and as Marsha brushed the crumbs away she had leaned forward and  whispered;-

' Gemma have you ever noticed how many men buy two bottles of the same perfume.? Don't you think it's funny? Maybe it's one for the wife and one for the lover, so as not to get caught out.'

Gemma felt herself redden. Was it possible that Marsha knew Max was married? She shrugged in response to Marsha's question and dabbed at her mouth with a napkin.
Anyway Max had told her there was nothing left between him and his wife. He wasn't even  going to buy her a present this year, just a box of chocolates  or maybe a CD so their little boys would be happy.

She pushed back her chair and stood up and turned back to Marsha.

'If a man has a lover then he wouldn't be in love with his wife any more would he? He wouldn't care what she thought.'

'Oh don't you believe it Gemma. It's all about having your cake and eating it with them isn't it?  We watched 'Love Actually' last night for the umpteenth time and I told Mike that if he'd better not buy me a CD, poor Emma Thompson, I cry every time I watch that scene. It doesn't take much to tempt a man you know. I've seen so much heartache caused by broken relationships. Personally I can't understand why a woman would want to steal someone else's man, but there you are.'

Gemma felt very uncomfortable. She'd watched 'Love Actually last night too, wrapped in Max's arms. He'd kissed her long and hard and promised he'd leave his wife straight after Christmas.  She'd been seeing him for almost two years now. A weekend away once a month and snatched evenings when he told his wife he was working late. He'd promised to take her to Scotland after New Year and tell his wife he wanted a divorce.

She realized that Marsha was still talking.

'How are you getting on with your course? I think you'll be a great Nursery teacher. My little Sam adores you. It's Auntie Gemma this and Auntie Gemma that. He'll be going to Nursery school in September.  If you hurry up you'll be in time to teach him.' 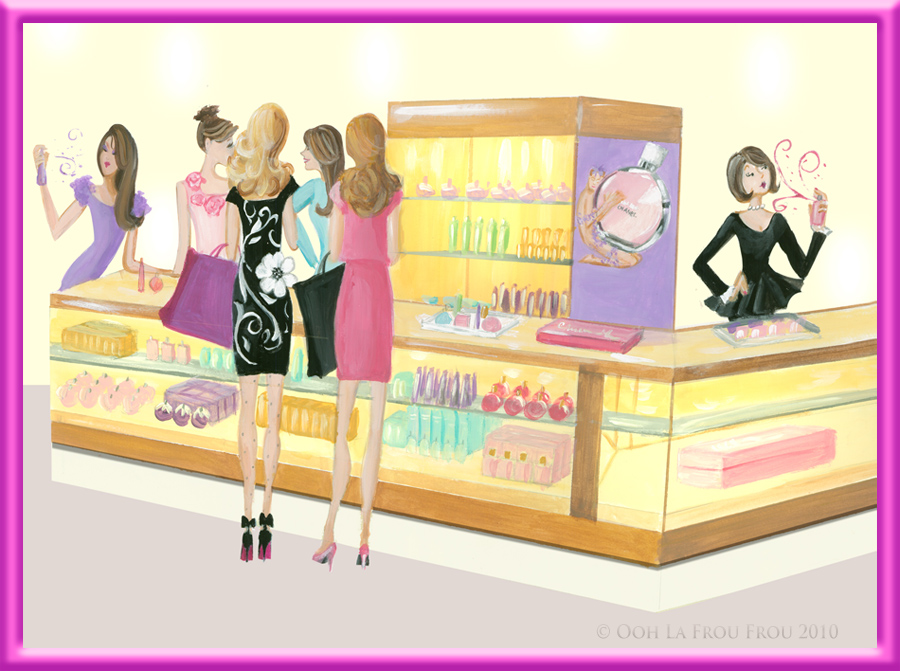 Gemma noticed an elegant couple approach and went to serve them. The man was very tall and had thick dark curly hair, a bit like Max. How she loved running her fingers through his hair and looking at the way it curled over at the base of his neck. The young woman was tall and blond with a very low cut top and a white fur wrap. Just as she was about to serve them, a very handsome man wearing a Father Christmas hat pushing a baby and holding on to two little boys wearing antlers collided into a large poster of a beautiful woman. Gemma went to help and then served the man who looked quite relieved. As he walked away she thought how lucky his wife was and how she would love a family like that.

When she'd finished serving the couple she thought about Marsha's advice. It was true that she'd been really enjoying the  Childcare and Nursery teaching course. She had always loved being around little children. Her sister was ten years younger than her   and she had  looked after her while her mother went out to work.  Gemma had  taken the job at the Perfume counter to help finance her studies and that's where she had met Max. He had looked so lost and helpless trying to find  a perfume for his grandmother.  When Gemma had suggested Old English Lavender he had been so grateful and asked  if he could take her out for a drink to show his appreciation.

The next thing she knew she was inviting him in to the flat which she shared with two other girls. It had all been so exciting. He was so much more sophisticated than the other boys she'd dated. He knew how to order the right wine in the fancy restaurants they went to, and he took her to the opera and the ballet in London.  By the time she found out that he was married she was completely obsessed with him. He reassured her immediately saying how his wife only thought about their two small boys and her job in the hospital. He was on his own all the time and it was over between them.  Gemma believed him and was determined to make up for all the neglect he had suffered from his wife.

Marsha walked by and helped herself to a free spray of J.Lo's new perfume from the bottle on the display.

'Would you like to come to us this evening Gemma? I've made some special mince pies with whiskey, guaranteed to bring instant festive cheer.  Mike's going out for his office party. We could watch a Christmas film and maybe let Sam stay up a bit as a treat.'

Gemma picked up a glass bottle and dusted it with a cloth.

'I think Max is coming to pick me up and then we were going to.'

She stopped, not really wanting to say what they were going to do.  Just lately they'd done nothing but go back to her room. She looked at Marsha and took a deep breath.

'That sounds nice Marsha, thank you. Maybe I could give Sam his bath and read him a bedtime story. It would be good for my training.' She smiled  at Marsha as she moved away and then started to tidy up the  counter.

A voice whispered in her ear, low and deep. Yesterday it would have sent a shiver of excitement down her spine but today it made her feel sad and lonely.

'Hello young lady, could you please help me choose a perfume for my poor old grandmother. I' d be ever so grateful.'

Gemma turned to Max with a bright smile.

'Sorry Sir but it's closing time. By the way which  is your wife's favourite perfume ?''

The silence that followed and the embarrassed look on Max's face told her all that she needed to know.