The field hospital in Somalia was full of wounded soldiers. Toni didn't dare lie down in case the sickness came over him again. His temperature was still very high. He couldn't stop shaking and his eyes were glued together. He felt terrible. Physically he was so weak he could hardly stand up and had to rely on the auxiliaries for everything. He couldn't remember what it was like to feel normal.
Most of all though he felt wretched and  completely useless. Just after a week's training Toni had caught the dreaded Somali sickness. Two men had already died from it in the same room and he felt doomed.
The doctor came to stand by his bed. He was wearing a mask in the vain hope of keeping the deadly virus away. The doctor was a kind man from Cosenza. He had served in the Great War on the frontline in the mountains near Toni's home.
He spoke now, occasionally throwing in some words in Toni's local dialect.

'You're over the worst now Toni. If you can survive the first two days it means you'll be alright. Unfortunately you won't be able to fight ever again. This infection leaves a weakness in the stomach that would make military life impossible. You're a brave man.
Although I don't understand soldiers. My job is to save lives.'

Toni didn't feel brave and he didn't want to fight. Lying there in the hospital bed he just wanted to cling onto life and get better and go home.

'Thank you doctor. You're the brave one, not me.'

The mere effort of talking had worn Toni out and he tried to relax against the rough pillow. There was a commotion as a young man was brought in screaming in agony and calling for his Betti. It was Lucio.

Toni turned to the doctor.

'He has shot himself in the leg, it happens more than you'd think.'

The doctor walked over to Lucio and whispered some soothing words. Lucio immediately calmed down and looked around the make shift ward.
His haggard dirty face lit up when he saw Toni but was immediately replaced with an expression that looked to Toni like shame.

'Hi mate nice to see you,' Toni struggled to reassure his friend.
'Welcome to the world of the walking wounded.'

Lucio pointed to his shattered leg.
'I'm not walking anywhere right now. What a couple of heroes eh? What shall I tell Betti''.

Toni lay back and tried to quell the sickness that was washing over him.
'No need to tell her anything Lucio. I'm not telling and neither is the doctor. Let's concentrate on getting better now.'

Toni's eyes closed with the effort and he fell into a deep sleep. He dreamed that he was a hero, that he had a pile of scented letters from a young girl who adored him, that he was walking round Pompei and impressing her with all the stories he knew, and then he dreamed that he was at home. When he awoke he was amazed to feel that the horrible sick feeling had at last lessened.
He looked across at Lucio who was looking at the bandages on his leg that was propped up.

'I can't wait to draw some funny faces on that,' Toni smiled and Lucio grinned back.

As the train drew into the station at the Northern Italian town the passengers could hear a deafening cheer. They hung out of the windows waving their hats and scanning the crowd for their loved ones. Betti was at the front wearing a red hat and jumping up and down waving an orange scarf. Toni could see his mother hovering at the back next to his father. They were standing apart from the screaming girls. Toni caught his father's eye and saw him lift his hand in a salute. Toni grinned to himself. He looked across at Lucio who was struggling with his tears.

Toni handed him a handkerchief.

'Chin up mate, we're heroes ok? Go to your Betti and have a happy life.'

Later at home in the kitchen Toni gave his parents the gifts that he'd found for them. Some beads for his mother and a leather pouch for his father, bought in the desert before he fell ill.
His mother put hers on straight away and admired herself in the mirror.

'Lucio looked fit and well, I knew he'd look after you. Such a brave young man. What a pity that he's going to live in Milan.'

Toni caught his father's wry glance. He poured himself a glass of wine and raised his glass to Toni.

'Sometimes it takes a lot of courage to stay. The brave ones never run away.'

He smiled at Toni and for the first time he felt as though his father was proud of him. 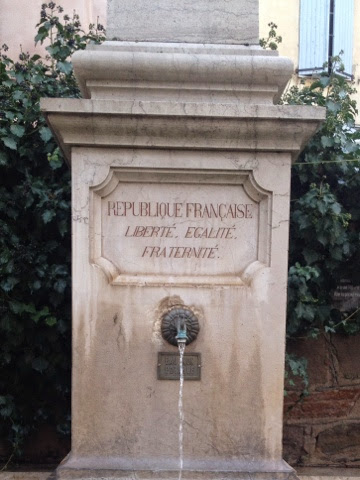