Anyone with a friend from the South of Italy will sooner or later be told about some wonderful recipe from their aunt or grandma, mother or cousin. A dreamy look will come over them as they describe the sensations this dish produces, the sweet juicy tomatoes, the freshly caught fish, the olive oil that stings the back of your throat as it should, the softness of the mozzarella.
Today someone told me about their aunt's Mozzarella in carrozza, which means Mozzarella cheese in a carriage, just the thought of it transported her to the bay of Naples. It sounded delicious so I asked for the recipe. She told me you have to make it with care and love.

The ingredients as often happens when someone tells you a recipe are approximate, it depends on how hungry you are.

Place the slices of mozzarella on the bread triangles.
Cover with another triangle and press lightly, make sure no mozzarella is poking out
Dip the mozzarella and bread triangles in the beaten egg and then in the breadcrumbs.
Cook in the hot oil until lightly golden, turning once
Drain on kitchen paper
Serve with a green salad. 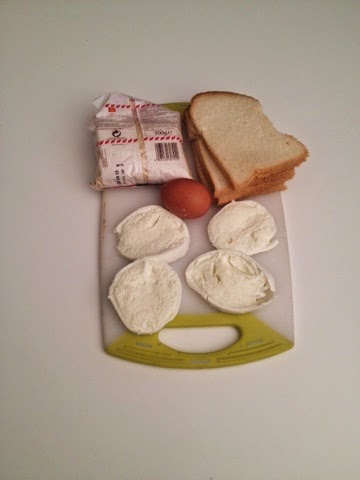 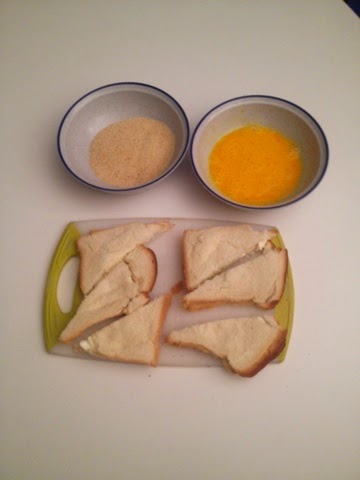 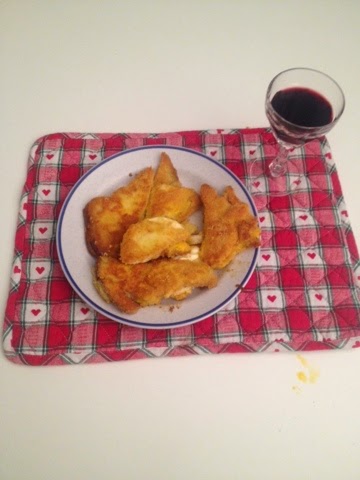