Over the Easter holidays I went to see two films about fairy stories, 'Cinderella' and 'Into the Woods'.

Now you're never too old for fairy tales and an added attraction was that I had been told they had both been filmed in the beautiful countryside which I love so much.
Both of the films had been sort of cartoonized and computerized but the woods and villages so familiar to me were clear to see.

Everyone all over the world knows the story of 'Cinderella', her wicked step mother, ugly sisters and Prince Charming and the film version was faithful to the Disney favourite. Just a few changes, for example instead of mice the Fairy Godmother used lizards, but there was the mouse Gus from the Disney cartoon and of course the glass slipper.

'Into the Woods', is a clever weaving together of five of the Brothers Grimm's fairy tales, Cinderella, Jack and the Beanstalk, Little Red Riding Hood, Rapunzel and another one when they couldn't have children because of a curse. Meryl Streep was a witch and Johnny Depp the wolf who lured Red Riding Hood into his den.

The film made you reflect on all the hidden meanings in the stories and the life lessons contained therein. Oh it is a fascinating subject, many books have been written about it and I'm sure you can all think of something meaningful to you and remember that delicious feeling of fear while sitting safely at home.

My favourite line from the film, without wishing to spoil it was from Prince Charming,
he says ' They told me how to be charming but not sincere.'

A Song of Enchantment


A song of Enchantment I sang me there,
In a green-green wood, by waters fair,
Just as the words came up to me
I sang it under the wild wood tree.

Widdershins turned I, singing it low
Watching the wild birds come and go;
No cloud in the deep dark blue to be seen
Under the thick-thatched branches green.

Twilight came: silence came:
The planet of Evening's silver flame;
By darkening paths I wandered through
Thicken trembling with drops of dew.

But the music is lost and the words are gone
Of the song I sang as I sat alone,
Ages and ages have fallen on me -
On the wood and the pool and the elder tree.

Widdershins means 'away from the sun's direction.

Having said how much I love the woods, thanks to Enid Blyton I have always been afraid of them, especially in the evening and at night, and in the film they do look very scary. 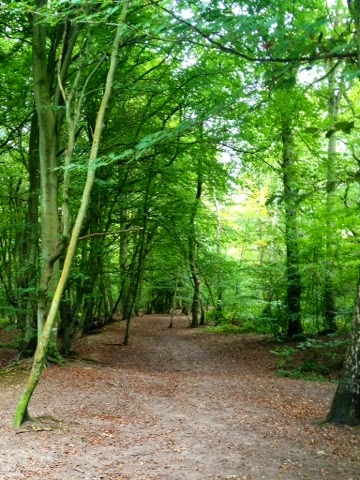