A Life time of Loving and Learning

For the first day of school here is some wisdom from Winnie the Pooh. When I was small he was only well known in Britain and when we read his books we looked at the enchanting illustrations by Ernest Shepherd and imagined him living in the woods we played in.
Thanks to Walt Disney he is now known all over the world and has spread his wisdom far and wide.
Everyone knows he likes honey, makes up poems and songs and has a gang of various friends, Piglet, Eeyore, rabbit, Tigger, Kanga and Roo and of course Christoher Robin.
Like all soft toys Pooh is greatly loved just by being him, he doesn't have to do anything and that is how it should be.
You don't have to be anyone special to be loved and you don't have to have an amazing brain to learn.
The main reason children go to school is to learn. They learn to listen and gain life time skills, to get along with all the other children and whatever their school thinks is necessary to equip them as far as is possible  to be able to stand on their own two feet, as my dad would have said.

Here's an extract from 'The House at Pooh Corner' that seems very appropriate for the first day of school.


Suddenly Christopher Robin began to tell Pooh about some of the things: People called Kings and Queens and something called Factors, and a place called Europe, and an island in the middle of the sea where no ships came, and how you made a suction pump (if you want to9, and when Knights were Knighted, and what comes from Brazil. And Pooh, his back against one of the sixty-something  trees, and his paws folded in front of him, said 'Oh!' and 'I don't know,' and thought how wonderful it would be to have a Real Brain which could tell you things.


There is a great reward in a lifetime of learning. Even those of you who are no longer at school or college can be learning something every day. Anything that you enjoy and makes you think is good for you. If you find something that makes you concentrate and fun to do then your brain power will increase.
Board games, crossword puzzles,, music, art, acting anything at all, from watching a gardening programme to learning a new recipe or a new language. 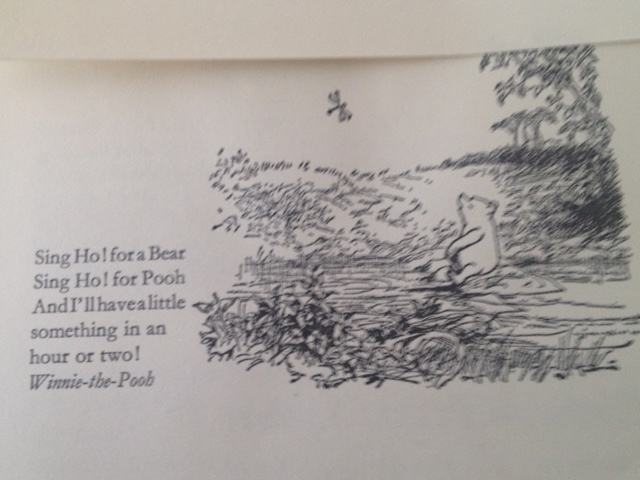