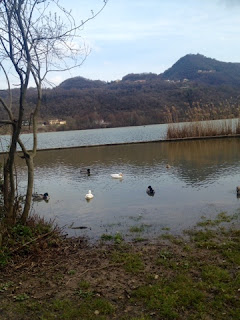 Childhood memories have a depth to them, a sharp focus, an almost painful range of emotions that involve all senses and can surprise us at unexpected moments with their richness and intensity. The books we read, the films we watched, the friends we made, the music and songs that wound themselves through our childhood days are constantly there comforting and reassuring us of what and who we are.

Now that spring is well on the way the violets bring back vivd memories of giving a posy for Mothers Day, the snowdrops memories of the first outings into the countryside after the winter days, the primroses magical carpets of Fairyland, tree trunks with a mossy doorstep for the little folk and the first lessons in the magic of reproduction as frogspawn turns into tadpoles that turn into frogs.

While I was looking at the frogs leaping with such trust and joy the other day I thought of Jeremy Fisher and Toad of Toad Hall and the Wind in the Willows, a childhood favourite. The story of Moley, Ratty, Badger and Toad took place in the countryside where I grew up, near the banks of the beautiful River Thames. My mum actually made us a bit scared of the river, its dangerous currents, the weeds that could tangle and threaten, the weir, the unexpected eddies, but in the safe bits where we went it was easy to imagine Ratty and Mole and Otter having a picnic and going for tea at Toad Hall.

The other day I heard that actually Ratty was a Water vole, not a water rat. I suppose he couldn't be called voley because it would strange with Moley, so looking it up Ratty was a water vole, one of the family of the water rat. In the illustrations in the book Ratty looks more like a vole than a rat. What a relief to find that out, what a relief when your childhood memories are left in tact.

Wushinh all my readers a very happy spring, look out for the tadpoles and be careful of the frogs and toads.