We are not alone

One of the many pleasures of long summer evenings is surely lying on the ground and gazing at the night sky. Around the 11th August Italians search for shooting stars, the night of S. Lorenzo and make wishes. It is always an exciting time. I have been lucky enough to climb Mount Sinai and gaze in wonder at the starlit sky, a real blanket of stars. Sometimes, as a child I would find staring into the night sky and imagining all that space and distance and mystery all a bit overwhelming and run back indoors happy to be in a small safe space.
That feeling though stayed with me, the moon, that stars and our beautiful blue Earth all together in perfect harmony, spinning and twirling round in the universe, each with its own place in space.

The other day a friend told me that her daughter was going to study Astronomy at university, we both shook our heads wondering what use it could be.
Then, om 27th July we were told that we would see a Lunar eclipse and the moon would turn red. We were told it would last from 8.22pm until 11.13 pm and it was over a hundred years since it had happened. We were also told that Mars was going to be clearly visible, shining brightly and would not be so close to the Earth for another 270 years.  It seemed wrong not to sit in wonder at such a sight, so we invited some of our nearest and dearest to sit along with us and watch the spectacle of the eclipse unfold. we armed ourselves with a bottle of pink fizz in honour of the blood moon and waited.

Well I can tell you that not one of us was unmoved, we watched in silence and then in awe and then our conversation became quite animate, we were so excited and moved and it wasn't the pink fizz because we forgot to open it for quite awhile so enraptured we were.

My cousin texted to say that after months of sunshine it happened to be cloudy, just when this eclipse was taking place. Others shared their photos, all taken on their phones, then someone remembered they had a telescope somewhere and dug it out and then we were even more excited because we could see the craters on the moon. Someone else found a stargazer app and told us which stars were which. Then the shadow of the Earth moved away and the moon started to shine down brightly again, like it often does.

All this reminds us that we must look up, we must gaze in wonder into the sky, we must fill our hearts and mind with awe and joy at being part of this great universe.
You know those lines that go

'Two men looked out of prison bars,
One saw mud and one saw stars,'

Grab a blanket and look up into the sky, feel the wonder and make a wish, 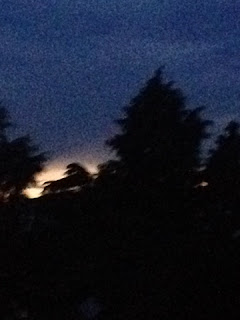 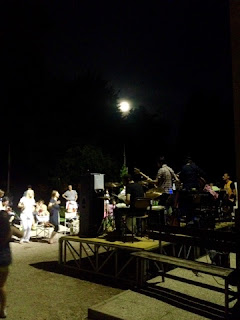 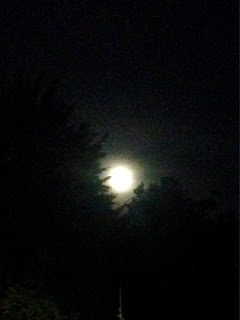 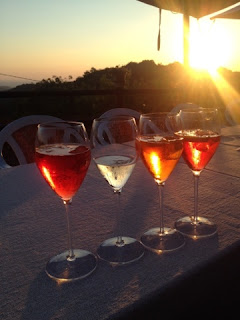 we did open the pink fizz and it was just perfect
Posted by Angela at 21:30 1 comment: